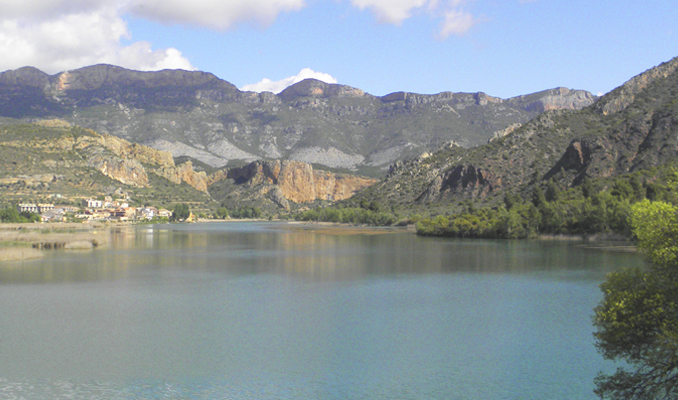 The Sant Llorenç de Montgai reservoir is a reservoir that belongs to the Segre River, created by a dam located between the municipality of Os de Balaguer and near the population center of Sant Llorenç de Montgai, within the municipality of Camarasa, which extends by the terms of Camarasa and Os de Balaguer, to the region of Noguera.

It is located downstream from the Camarasa reservoir. It was built in 1930 and has a total area of ​​about 131 Ha and a total capacity of 10 hm3. The dam has a height of 25 m from the foundation. The part of the marsh currently included in the wet zone “Pantano de Sant Llorenç de Montgai” is that between the dam and the town of Camarassa, since it has been extended from the first delimitation to include also the interesting riverbank forest and the associated hygroscopic communities of the tail of the reservoir.

The Sant Llorenç de Montgai reservoir presents a full naturalització, facilitated by a relief relief orography. To the margins a dense strip of canyissar with linde (Typha angustifolia) has been established, as well as some reed beds. To the river banks and river islands there is a riverside forest with abundant poplars (Populus dawn), white salz (Salix dawn), ash (Fraxinusexcelsior), verns (Alnusglutinosa), xops (Populus nigra), etc.

In terms of habitats of community interest, habitats appear: